Dianne C. Magee of Bucks County Will Serve A Six-Year Term on the Committee

(PERKASIE, Pa.) Grim, Biehn & Thatcher, of Perkasie, Pa., is pleased to announce that attorney Dianne C. Magee, a member of the firm’s estate department, has been appointed by the Supreme Court of Pennsylvania to the Orphans’ Court Procedural Rules Committee. Committee members serve for six years and Magee’s term began on January 1, 2020. 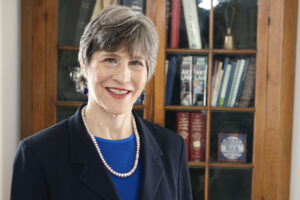 The Orphans’ Court Procedural Rules Committee is charged with reviewing the rules governing statewide practice and procedure in the Orphans’ Court and recommending new rules, as necessary.  Magee brings decades of expertise in the areas of estate planning, estate administration, adoption and guardianship to this appointment. Magee served for almost 20 years as the Solicitor for the Bucks County Area Agency on Aging, the County agency which protects residents aged 60 or older from physical abuse, financial exploitation, neglect and abandonment.    In addition, she has been a certified mediator since 2006, with added credentials as a certified elder mediator since 2007, and appears on the Bucks County Court of Common Pleas list of certified mediators.

“We are very pleased that Dianne has been appointed to the Orphans’ Court Procedural Rules Committee,” said Gregory E. Grim, CEO, Grim, Biehn & Thatcher.  “Her experience is well-suited for this appointment, and we know she will serve the committee well.”