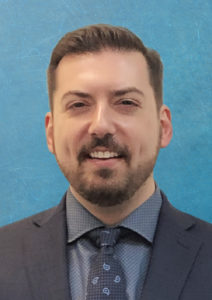 Robert E. Gordon Esq. has joined High Swartz’s civil litigation practice and possesses comprehensive experience representing both plaintiffs and defendants over a wide variety of complex commercial litigation matters. Admitted to practice in both Pennsylvania and New Jersey, Robert has appeared in both state and federal courts throughout Philadelphia, Southern New Jersey, and their surrounding counties. He has represented both individuals and large companies, and has helped to secure multiple six-digit judgments for his clients. Robert’s broad range of civil litigation experience has also involved him in personal injury and workers’ compensation matters.

Along with his civil and commercial litigation background, Robert is admitted to practice before the United States Patent and Trademark Office, and has previously worked as a full-time patent attorney. Robert provided clients with patentability and infringement opinions, authored and prosecuted patent applications, and assisted his clients in protecting their ideas. Robert became interested in patents and intellectual property during his undergraduate years at Penn State. After graduation, Robert worked as an engineer prior to attending Widener University School of Law (now Delaware Law School).

Robert will be practicing in the civil litigation group out of High Swartz’s Doylestown office at 116 East Court Street. As a lifelong resident of the Delaware Valley, Rob is very pleased to be working in Bucks County where he resides with his wife, two beloved cats, and new puppy. When not practicing law, you can find Robert supporting (and criticizing) the Phillies, 76ers, and Flyers, as well as the Eagles, who have somehow allowed Robert and his family to remain season ticket holders for over fifteen years.  High Swartz feels Robert will be a valuable addition to the firm as it looks to increase and expand its areas of practice.

About High Swartz: High Swartz is a full-service law firm serving clients in the Delaware Valley and throughout Pennsylvania from offices in Norristown and Doylestown. Established in 1914, High Swartz serves the needs of businesses, municipalities, government entities, nonprofits and individuals. With offices in Bucks County and Montgomery County, the firm provides comprehensive counsel and legal support to individuals and business entities of all sizes across a broad spectrum of industries throughout Pennsylvania and New Jersey. For more information, go to highswartz.com.