LAWYER REFERRAL
Click Here
Joseph A. Cullen, Jr has been selected as one of the Top 100 Philadelphia lawyers

Joseph A. Cullen, Jr has been selected as one of the Top 100 Philadelphia lawyers

Bucks County Bar Association > About Us > News > Latest News > Joseph A. Cullen, Jr has been selected as one of the Top 100 Philadelphia lawyers 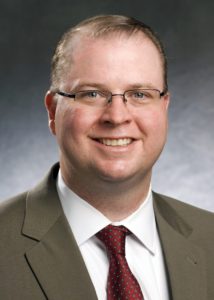 Stark & Stark, a full-service law firm in Bucks County, is pleased to announce that Shareholder Joseph A. Cullen, Jr has been selected as one of the Top 100 Philadelphia lawyers across all areas of practice in the state of Pennsylvania.  Joe is the only Personal Injury attorney from Bucks County named to this Top 100 list.

Published in Philadelphia Magazine and Super Lawyers Magazine, the Super Lawyers list is created using a rigorous, patented selection process involving evaluation by their selection department and peer review within the relevant areas of practice. Candidates cannot nominate themselves and cannot pay to be named Super Lawyers or to be named to the “Top” lists. The objective of Super Lawyers is to create a credible and useful list of the best attorneys for consumers choosing lawyers to represent them.

Joe has served as lead counsel or co-counsel on a series major jury trials and settlements. Among them are a $5,650,000 global settlement in a trucking accident case; a $1,500,000 settlement in a psychiatric malpractice case in which a teenager committed suicide following treatment at a psychiatric facility; a $1,350,000 settlement in a medical malpractice case on behalf of women against a vascular surgeon and orthopedic surgeon for failing to diagnose a post-surgical complication; and a $1,170,000 settlement for a motor vehicle accident case involving a young man who was injured as a result of a drunk driver after several bars continued to serve the driver alcohol while he was intoxicated.